Bosley on the Number Line 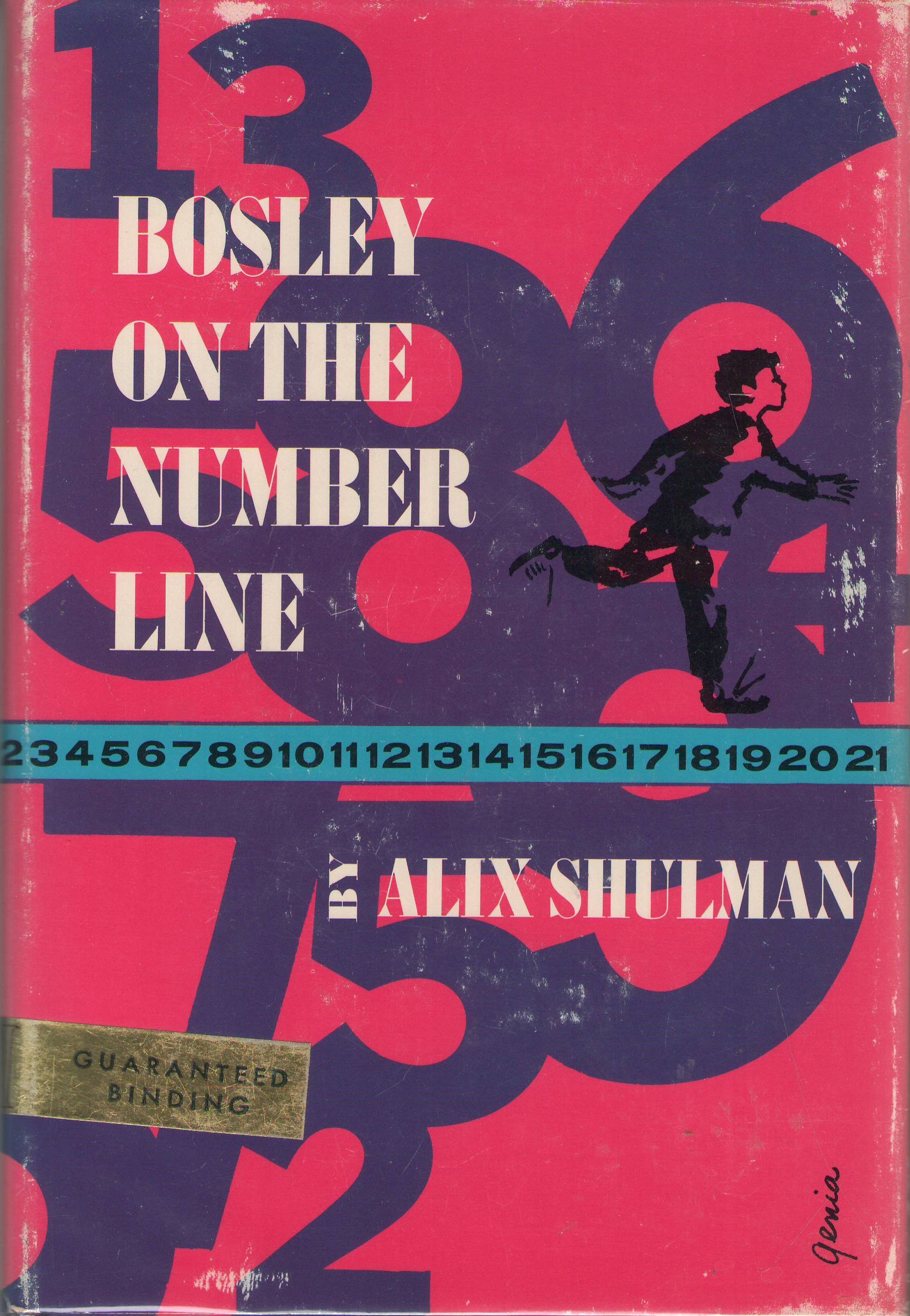 In this mathematical fantasy for children who have learned to add and subtract, the hero, Bosley, is mysteriously transported to the Number Line, beyond the Milky Way. There strange adventures befall him. He is discovered out-of order by an outraged Equal Sign, who commands two terrible Parentheses to dump Bosley in the Empty Set, reducing him to Zero. His mathematical ingenuity gets him out, but he soon becomes embroiled in the endless battle between the Odds and the Evens. He forms a mathematical plan for aiding the Odds, but a slight error in his calculations all but destroys the Number Line. He finally thinks of a solution which makes him the hero of all the Numbers, enabling him to return home just in time for his first two-digit birthday.

Bosley on the Number Line is Alix's first published book (David McKay, 1970), and the only one (alas!) that came to her in one long flash of inspiration.